As an Amazon Associate, I may earn a little money from verified purchases through my links. It will help me to buy some coffee and continue doing what I love :-). Thanks for your support

Angle grinders vs polishers and buffers, are they interchangeable? If not, which one to pick for your next project?

This post will dive deep into those questions, and we will set out the differences and similarities between these three power tools.

What is the difference between an Angle Grinder and a Polisher?

An angle grinder is a handheld power tool that can be used for various applications. A polisher, on the other hand, is designed specifically for the purpose of polishing and buffing surfaces.

The biggest difference between an angle grinder and a polisher is how they operate. Angle grinders use abrasive discs to grind down material, while polishers use rotating, and some times, orbital rotating pads to buff and shine surfaces.

Another difference between these two types of tools is the level of control that they offer. Altho both tools can be difficult to control, the power and centrifugal force of an angle grinder should not be taken lightly.

Polishers have less motor power, but the orbital motion of the tool can be tricky. Overall, a polisher is steady and easier to handle than the more powerful angle grinder.

Most polishing tools have a power output of 125- 500 watts. The higher the wattage, the stronger the tool and the easier it is to work with a bigger diameter polishing pad.

Speed and Power, Check the RPM (Rounds Per Minute)

The RPM are crucial for polishing surfaces. The common angle grinder’s RPM is set to 9000 – 12000 RPM, which is way too fast to polish and will probably leave burn marks on your surface.

The rotational speed of a polisher varies between 1500 to 6800 rpm. What speed to set the tool depends on the project. But overall, a consistent polishing speed of around 3000 rpm will do the job for most projects.

So only when the angle grinder has variable speed. You can think about using it for polishing. Not to mention the add-on should be a perfect fit. So make sure to check the compatibility before buying a polishing attachment.

Can you convert an angle grinder to a polisher?

Yes, you can convert an angle grinder into a polisher but there are some things you should consider.

Unfortunately, not all angle grinders have the same dimension of spindle thread. So if you intend to convert your tool. Measure the thread precisely and look for the matching adapter so you can easily connect your polishing pad.

With the spindle thread I mean that bolt-looking piece of metal coming out of the tool, often revered to as an arbor.

Also, it is important to use caution and go slowly. Start with a lower speed setting and gradually increase the speed as needed. Be sure to keep the angle grinder moving while in use to avoid damaging the surface.

Pro tip: A standard angle grinder works with air to cool itself. So the lower the speed the hotter the tool gets because it lacks cooling air. To prevent overheating, it is wise to pause your work and let the grinder cool down.

Anoter Pro tip: If you have a powerful grinder for the more heavier work. You might have difficulties working with it in awkward positions.

What is the best angle grinder for polishing

With an incredible rating from thousands of buyers, the DeWalt DWE43231VS brushless grinder is the one to get!

Is it possible to buffer with an angle grinder?

Yes, it is possible but only with a variable-speed grinder and only with the right attachment. An angle grinder has much higher torque making it spin faster up to 12000RPM which is way to fast. For buffing stick to around 3000rpm. So make sure your grinder has variable speed.

A grinder is mostly used for grinding, polishing, and cutting. A buffing tool is a tool that is used to buff and polish surfaces. With polishing tools you can often buff aswell.

The two tools are similar in that they both can be equipped with a rotary buffing pad to polish surfaces.

While a buffing tool is based of an orbital sander and has a rotating pad that is solely used to buff or polish surfaces. To switch between polishing and buffing, you just exchange the bonnet or buffing pad.

Other differences are high speed and torque. If you intend to use your grinder as a buffer, then stay focused to avoid burning. Make orbital movements to avoid buffing one area too much.

What is an angle grinder (with variable speed)

An angle grinder with variable speed is a powerful tool that can be used for various projects. The speed of the grinder can be adjusted to suit the material being worked on, meaning that it can be used for both light and heavy-duty tasks. The most common use for an angle grinder is grinding or sanding down metal, concrete, or stone. Making it a versatile tool.

One of the main benefits of using an angle grinder with variable speed is that it can help to save time. FYI, I’ve summed up some of the best angle grinders in a different article.

F.i. If you are working on a project that requires different speeds, then you won’t need to stop and change settings on your machine. Instead, you can simply adjust the speed with the speed dial as you go. This can help to keep your work flowing smoothly and efficiently.

Another benefit is that it offers more control. For more delicate tasks you can set the speed lower, which means avoiding damaging materials or causing injury to yourself.

If you’re looking for a versatile and powerful tool, then an angle grinder with variable speed is definitely worth considering. It can make light work of heavy-duty tasks and offers more control than other types of grinders.

What are polishing tools

A polishing tool is mainly used to make objects shine. Whether this is the car’s paint or a metal beam. Depending on the surface you work on, you need a rotary blade or polishing pad.

Polishers are available in two versions, one based on the orbital sanders. Also known as an orbital polisher.

The other one is the rotary polisher. This type of polisher uses a spinning action to buff out scratches.

For polishing, you use an abrasive to smooth out imperfections

What is a buffing tool

Well, a buffing tool is pretty much the same as a polisher. But it clears the surface from wax and rubs out scratches and tiny dents, leaving a lush underground.

Operating a rotary buffer is tricky since the chances of burning the paint is big when you don’t have any experience.

Both tools above are available in corded and cordless editions. Which one to pick depends on how much torque and power you need. And where you will be operating it.

Corded tools tend to have a stronger output, but you must be close to an electricity socket.

How does a polisher work?

A polisher has a pad attached to a backing plate. By spinning/moving around very quickly, it generates heat and allows it to remove scratches and speckles at the surface of the paint. With coarser wheels, you can polish (lime) stones, metal, and other harder materials.
It is available as a rotary, orbital, or double-action machine. Rotating polishers use similar techniques to angle grinders but with a slower speed. The orbital polisher is a sander-based orbital machine that can move with random orbital speeds. The dual action combines these two movements.

Can Steel and Aluminum be Polished with an Angle Grinder?

You can use an angle grinder to polish both steel and aluminum, but the process is different for each metal. When polishing steel, you’ll need to use a grinding wheel with a very fine grit. Aluminum, on the other hand, can be polished with a regular grinding wheel. The key is to go slowly and use a light touch.

Is a buffer the same as an angle grinder?

In short. No. Angle grinders have greater torques compared to polishing buffers. Angle grinding tools are designed for heavy-duty work rather than for buffing. With an angle grinder, you may have the option to switch the pad from one to the other. But a buffer mainly has one job, to buff. You won’t be able to use it for grinding and removing chunks of material to smoothen out the surface. 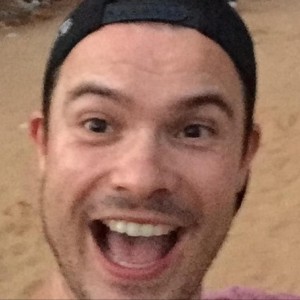 Coming from a 130 ft rental apartment. Now living in a 400ft house. I needed to up my home improvement skills and tool knowledge. I'm sharing as much as I know so you can pick the right machine for the job! Angle Grinder Vs. Reciprocating Saw: Which Is Best For You?

Angle grinder vs reciprocating saw, which is best for your next project? Depending on what job needs doing, selecting one over another could make all Best Way To Store Your Angle Grinder, How to Clean And Hang Them It’s not uncommon for your house to need occasional renovations, especially if the house is being lived in. materials such as cement or bricks can Angle Grinder vs Sander Can you use a Grinder as a Sander? And Which Is The Best Tool for Your Job?

Angle grinder vs sander, you might wonder: “What’s the difference between an angle grinder and a sander?” And which one is the best for your Angle grinders vs polishers and buffers, are they interchangeable? If not, which one to pick for your next project? This post will dive deep into Ah, the great debate: reciprocating saw vs jigsaw. Which one is better for the job? The answer, as with most things in life, is “it